In his final book, Brief Answers To The Big Questions, Stephen Hawking famously predicted that humans will need to find a new planet in next 1,000 years. Here we look at more of the book's bold claims and fascinating insights.

Stephen Hawking famously predicted that humans will need to find a new planet to live on in the next 1000 years. The reasons behind range from factors beyond our control, such as asteroid strikes and epidemics, to self-inflicted catastrophes like nuclear war, population growth and global warming.

Though Brief Answers to Big Questions is a fascinating read, it often results in wide-eyed, dread-filled binge reading sessions. It’s the book equivalent to ‘doom scrolling’ the news on your phone until 3am. The only consolation is that there are things that can be done to minimise the risk to our planet, and to humanity.

This book demonstrates how important it is to look after our earth and take measures to eliminate immediate threats to life. I say ‘immediate’ because Hawking makes you perceive time in a totally different way. When thinking about scientific advancements, our imaginations tend to stop at maybe 100 or 200 years in the future and anything beyond that seems like science fiction. However, if Homo sapiens are to survive beyond the next 1,000 years, we need to think longer-term. For example, Hawking states that we could realistically travel beyond our solar system 200-500 years from now, enabling us to find new habitable worlds that may be key to the long-term survival of our species.

In addition to this, we need to be thinking about short-term threats to civilisation, taking immediate measures to avoid nuclear confrontation and environmental catastrophe. In short, we need to stop thinking that both human beings and the planet we live on are indestructible.

We could continue trying to paraphrase the 21st Century’s most celebrated scientific mind, but our normal-sized brains will not do the book justice! Instead, here are a few paragraphs that are both jaw-droppingly amazing and utterly horrifying in equal measure.


“As we stand on the brink of a Second Nuclear Age and a period of unprecedented climate change, scientists have a special responsibility, once again, to inform the public and to advise leaders about the perils that humanity changes.”

“The danger is that global warming may become self-sustaining, if it has not become so already. The melting of the Artic and Antarctic ice caps reduces the fraction of solar energy reflected back into space, and so increases the temperature further. Climate change may kill off the Amazon and other rainforests and so eliminate one of the main ways in which carbon dioxide is removed from the atmosphere. The rise in sea temperature may trigger the release of large quantities of carbon dioxide.

Both these phenomena wold increase the greenhouse effect, and so exacerbate global warming. Both effects could make our climate like that of Venus: boiling hot and raining sulphuric acid, but with a temperature of 250 degrees Celsius. Human life would be unsustainable. We need to go beyond the Kyoto Protocol, the international agreement adopted in 1997, and cut carbon emissions now. We have the technology. We just need the political will.

We can be an ignorant, unthinking lot. When we have reached similar crises in our history, there has usually been somewhere else to colonise. Columbus did it in 1492 when he discovered the New World. But now there is no new world. No Utopia around the corner. We are running out of space and the only places to go to are other worlds.”

“The universe is a violent place. Stars engulf planets, supernovae fire lethal rays across space, black holes bump into each other and asteroids hurtle around at hundreds of miles a second. Granted, these phenomena do not make space sound very inviting, but these are the very reasons why we should venture into space instead of staying put. An asteroid collision would be something against which we have no defence. The last big such collision with us was about sixty-six million years ago and that is thought to have killed the dinosaurs, and it will happen again. This is not science fiction; it is guaranteed by the laws of physics and probability.”

“Nuclear war is still probably the greatest threat to humanity at the present time. It is a danger we have rather forgotten. Russia and the United States are no longer so trigger-happy, but suppose there’s an accident, or terrorists get hold of the weapons these countries still have. And the risk increases the more countries obtain nuclear weapons. Even after the end of the Cold War, there are still enough nuclear weapons stockpiled to kill us all, several times over, and new nuclear nations will add to the instability. With time, the nuclear threat may decrease, but other threats will develop, so we must remain on our guard.

One way or another, I regard it as almost inevitable that either a nuclear confrontation or environmental catastrophe will cripple the Earth at some point in the next 1,000 years which, as geological time goes, is the mere blink of an eye. By then I hope and believe that our ingenious race will have found a way to slip the surly bonds of Earth and will therefore survive the disaster. The same of course may not be possible for the millions of other species that inhabit the Earth, and that will be on our conscience as a race.”

Stephen Hawking on leaving our planet

“I think we’re acting with reckless indifference to our future on planet Earth. At the moment, we have nowhere else to go, but in the long run the human race shouldn’t have all its eggs in one basket, or on one planet. I just hope we can avoid dropping the basket before we learn how to escape from Earth. But we are, by nature, explorers. Motivated by curiosity. This is a uniquely human quality. It is this driven curiosity that sent explorers to prove the Earth is not flat and it is the same instinct that sends us to the stars at the speed of thought, urging us to go there in reality. And whenever we make a great new leap, such as the Moon landings, we elevate humanity, bring people and nations together, usher in new discoveries and new technologies.


To leave Earth demands a concerted global approach – everyone should join in. We need to rekindle the excitement of the early days of space travel in the 1960s. The technology is almost within our grasp. It’s time to explore other solar systems. Spreading out may be the only thing that saves us from ourselves. I am convinced that humans need to leave Earth. If we stay we risk being annihilated.”

Stephen Hawking on investment in space exploration vs climate change

“Going into space won’t be cheap, but it would take only a small proportion of world resources. NASA’s budget has remained roughly constant in real terms since the time of the Apollo landings, but it has decreased from 0.3 per cent of US GDP in 1970 to about 0.1 per cent in 2017. Even if we were to increase the international budget twenty times, to make a serious effort to go into space, it would only be a small fraction of world GDP.

There will be those who argue that it would be better to spend our money solving the problems of this planet, like climate change and pollution, rather than wasting it on a possibly fruitless search for a new planet. I’m not denying the importance of fighting climate change and global warming, but we can do that and still spare a quarter of a per cent of world GDP for space. Isn’t our future worth a quarter of a per cent?”

The advancements of mankind are both incredible and terrifying in equal measure. One of my other favourite authors, Yuval Noah Harari, echoes Hawkings observations. This quote from his book Sapiens is a thought-provoking note to end on: 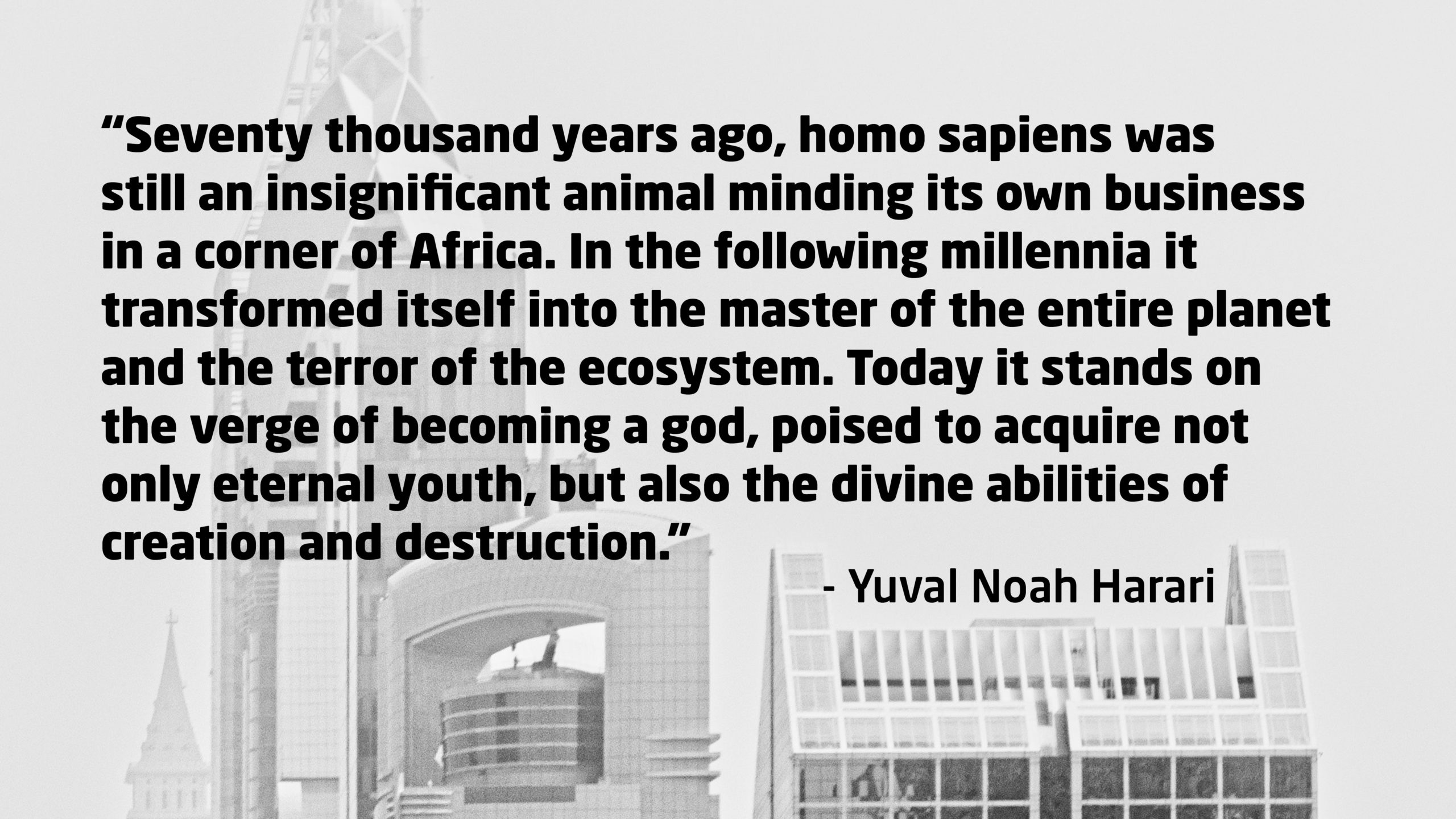 If you want to know more on this subject make sure you read Stephen Hawking’s Brief Answers To Big Questions and Yuval Noah Harari’s Sapiens: A Brief History of Humankind. 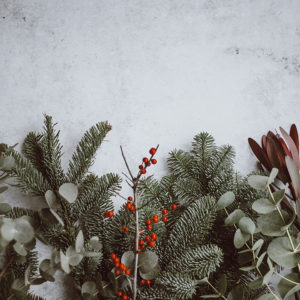 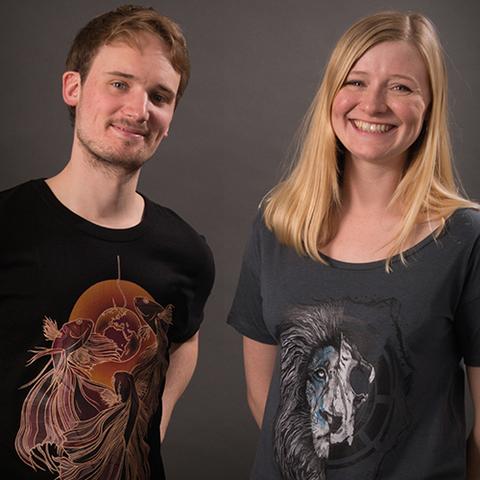 Emily is the illustrator of our stunning designs at Born Hybrid, and Ashley is in charge of logistics, but what... 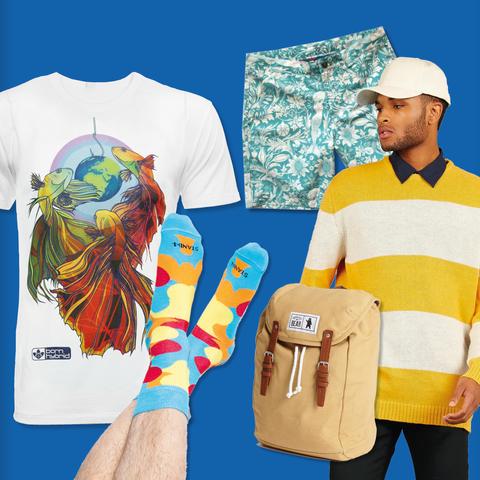 We've created an Ethical Menswear Directory featuring some of the most innovative ethical clothing brands out there—from boardshorts made using...

This website uses cookies to improve your experience while you navigate through the website. Out of these cookies, the cookies that are categorized as necessary are stored on your browser as they are essential for the working of basic functionalities of the website. We also use third-party cookies that help us analyze and understand how you use this website. These cookies will be stored in your browser only with your consent. You also have the option to opt-out of these cookies. But opting out of some of these cookies may have an effect on your browsing experience.
Necessary Always Enabled
Necessary cookies are absolutely essential for the website to function properly. This category only includes cookies that ensures basic functionalities and security features of the website. These cookies do not store any personal information.
Non-necessary
Any cookies that may not be particularly necessary for the website to function and is used specifically to collect user personal data via analytics, ads, other embedded contents are termed as non-necessary cookies. It is mandatory to procure user consent prior to running these cookies on your website.
SAVE & ACCEPT

10% OFF FIRST ORDER FOR NEW SUBSCRIBERS

We only email when we have something interesting to say. By completing this form you are signing up to receive emails and can unsubscribe at any time.